Dr. Howard Frumkin calls for a new National Institute of Climate Change and Health to bring attention and resources to this public health emergency

In a recent opinion piece in Scientific American, Dr. Howard Frumkin and his co-author, Richard J. Jackson, wrote: “If there was any lingering doubt that climate change threatens human health and well-being, (2020) put it to rest.”

They cited record-breaking hurricane and wildfire seasons and called for the creation of a new National Institute of Climate Change and Health within the National Institutes of Health to focus resources, research and attention on a looming public health emergency. 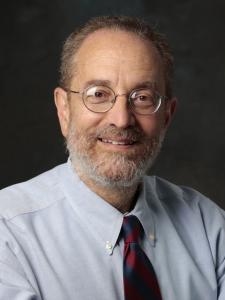 Dr. Howard Frumkin is a physician, environmental and occupational medicine specialist and epidemiologist who is Professor Emeritus in the University of Washington Department of Environmental & Occupational Health Sciences.

As SPH Dean, Frumkin was instrumental in emphasizing climate change and health at the UW through the strategic hire of CHanGE founder Dr. Kristie Ebi. Since then, he has served as a core adviser to the Center for Health and the Global Environment. We are honored to have him work with us as we move into the future.

Frumkin has written extensively on global environmental change and its implications for people’s health.

His recent publications include the book Planetary Health: Protecting Nature to Protect Ourselves (with Samuel Myers) and a new study in Environmental Health Perspectives providing recommendations for modeling studies to estimate the health effects of mitigation actions to help policymakers prioritize investments based on mitigation potential as well as expected health benefits. The study was led by Ebi and CHanGE Director Jeremy Hess.

Frumkin previously led the Our Planet, Our Health initiative at the Wellcome Trust in London (2018-19) and served as Dean of the University of Washington School of Public Health (2010-16) and as Director of the National Center for Environmental Health at the US Centers for Disease Control and Prevention (2005-10).