Under the direction of Dr. Zhengui Xia the Xia Lab's staff, Postdoctoral students and Graduate students carries out research in the areas of  Neural Stem Cell Function and Regulation and Parkinson's Disease Models. 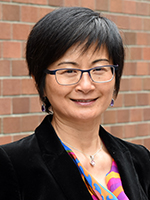 I received my PhD from the University of Washington, a MS and BS from Wuhan University (China) and held a Post-doctorate position at Harvard Medical School.

Our current research interests are to: 1) investigate whether and how exposure to environmental neurotoxicants, such as air pollution and heavy metals including lead and cadmium, may perturb adult neurogenesis (the generation of functional neurons in the adult brain) and impair olfaction and cognition; 2) test the hypothesis that environmental factors and gene-environment interactions (GXE) may increase Alzheimer’s disease risk and accelerate cognitive decline; 3) investigate potential sex differences on disease susceptibility upon exposure to environmental neurotoxicants ; 4) identify window of susceptibility during development to environmental exposures; 5) identify mechanisms and strategies to mitigate the adverse effect of environmental exposure on cognitive impairment; and 6) explore the role of microbiome in cognitive impairment and neurodegeneration upon environmental exposures. We address these questions using animal models including humanized transgenic mouse models. Our lab is a medium sized lab that consists of post-doctoral fellows and students who are bright, motivated, collegial, and friendly. 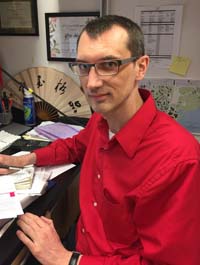 I manage the Xia Lab. My responsibilities include providing direct support to postdocs and graduate students by assisting in various aspects of their experimental work. Also, I procure and insure the maintenance of equipment and supplies necessary to carry out this work. Additionally, I oversee compliance to safety, training, and inspection concerns.
A sample of past projects include:
• Cloning and production of viral vectors used in cell culture models
• Obtaining, crossing, and maintaining transgenic mouse lines for experiments
• Testing reagents for use in conditions specifically relevant to our lab
• Protein purification including antibodies and kinase assay subtrates 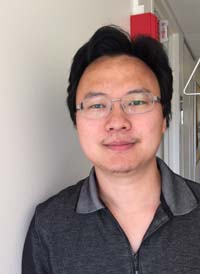 Liang Zhang
Hometown: Mianyang, Sichuan, China
Joined lab in 2014
My research has been focused on investigation of the gene-environment interactions between heavy metal Cadmium and the human apolipoprotein E gene (ApoE) and their effects on learning and memory in mice. As a neurotoxicant, cumulative Cadmium exposure is associated with cognitive decline and olfactory impairment in humans. The e4 allele of ApoE is associated with increased risks for Alzheimer’s disease and accelerated cognitive decline even in the absence of Alzheimer’s disease pathology. This study is able to provide insights to our understanding of occurrences of Alzheimer’s disease in the human population. In concert with this project, I have also been using an in vivo imaging technique to monitor neuron activities in mouse hippocampus during memory formation, retrieval and extinction.
I received my Ph.D. from Michigan State University in 2013. I worked in David Arnosti’s lab on phosphorylation and ubiquitination mechanisms of retinoblastoma protein in Drosophila. 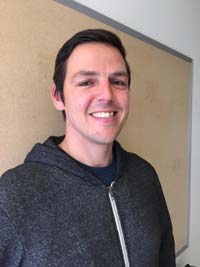 Brett Mommer (Postdoctoral Researcher)
Hometown: Northeast Iowa
Joined lab in 2016
My research interests focus on the combined influences of environment and genetics on brain function and the expression of behavior. A major emphasis is molecular genetic mechanisms that mediate normal and diseased behavioral states of the brain, with particular interest in gene by environment interactions. In the Xia lab this takes the form of investigating the consequences of APOE genotype and exposure to environmental toxicants (such as heavy metals in water and diesel particulates in air) and the combined neurodegenerative effect on hippocampal function such as occurs in Alzheimer’s disease (AD). Using mouse models we can recapitulate the findings from human epidemiological studies whereby people develop hippocampal dysfunction, dementia and, eventually, late-onset AD depending on APOE genotype. It is my hope that uncovering the role environmental exposure and its interaction with genetic variation has in hippocampal function and dysfunction will allow better prevention and intervention to help the vulnerable or already-afflicted among us.
As a postdoctoral fellow at the Université de Liège in Belgium I had the opportunity to study under Jacques Balthazart and Charlotte Cornil, viewing decades of their neuroendocrinologie du comportement work in Japanese quail through the lens of molecular neuroscience. As a result, and nearing publication, are findings on the transcriptomic underpinnings underlying testosterone’s role in sexual behavior in the avian hypothalamus, which has hitherto remained well-elucidated at the endocrine and cellular levels but poorly so at the molecular level. My PhD was in the lab of Allison Bell at the University of Illinois at Urbana-Champaign where I investigated the transgenerational effect of maternal stress on the molecular, physiological and behavioral phenotypes of offspring from early development into adulthood. 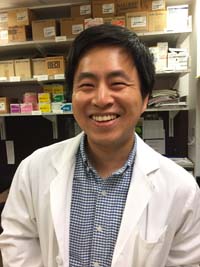 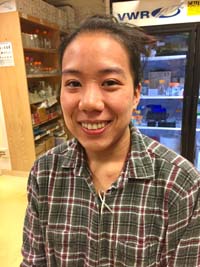 Megumi Matsushita (PhD Student)
Hometown: Otsu, Japan/Ann Arbor, MI/Pittsburgh, PA
Joined the lab in 2017/2018
I am currently working on projects that aim to elucidate mechanisms of cadmium neurotoxicity. One project uses genetic approaches to determine the role of adult neurogenesis in gene-environment interaction of Alzheimer’s disease risk gene ApoE4 and cadmium in learning and memory impairment. A second project looks at the effects of cadmium exposure on hippocampal learning and memory using a novel in vivo calcium imaging technique. I have previously worked on a pilot project that explores the role of the gut microbiome in cadmium neurotoxicity. I have an academic background in chemistry and research experience in neuroscience; I am incredibly excited to be working in the Xia lab where my previous training and my interest in addressing public health issues through research merge.
Outside of working in the lab I enjoy the arts (film photography, concerts/shows, music production), outdoor activities (biking, exploring the beautiful Pacific Northwest, ultimate frisbee), and pretty much anything food related.