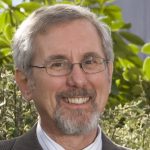 Dr. Friedman is an author of more than 290 peer-reviewed papers and six books. He is the editor of two books and has written more than 100 book chapters. He is a recognized expert in clinical teratology.

Dr. Friedman established TERIS in 1984 and co-led the database as its principal investigator until December 2019. He currently serves on the TERIS Advisory Board.

Dr. Friedman’s honors include the receipt of awards for both clinical and basic science teaching from the UBC Department of Medical Genetics (the only faculty member ever to be so honoured), the Killam Teaching Award of UBC, the Thomas Shepard Lectureship of the Organization of Teratogen Information Specialists, the Robert L. Brent Lectureship of the Teratology Society, the Bock Prize and Lectureship in Developmental Biology and Genetics of the Alfred I. Dupont Hospital for Children, the Irene Uchida Lectureship at the University of Manitoba, the Joseph Warkany Lectureship of the Teratology Society, the Terry Klassen Lecturer of the Women’s & Children’s Health Research Institute in Edmonton and the Arno Motulsky-Barton Childs Award for Excellence in Human Genetics Education.