At top international conferences on Alzheimer’s disease, you’ll often find a select group of star neurobiologists who focus on the mechanics of disease development. You won’t find very many people looking at the role of environmental exposure.

That’s why Zhengui Xia, co-director of the University of Washington (UW) Superfund Research Program, was surprised to hear that her abstract had been accepted for a talk at the “Targeting Therapy of Alzheimer’s and Related Neurodegenerative Diseases” conference for big names in Alzheimer’s research that was held June 1-4 in Nassau, Bahamas. 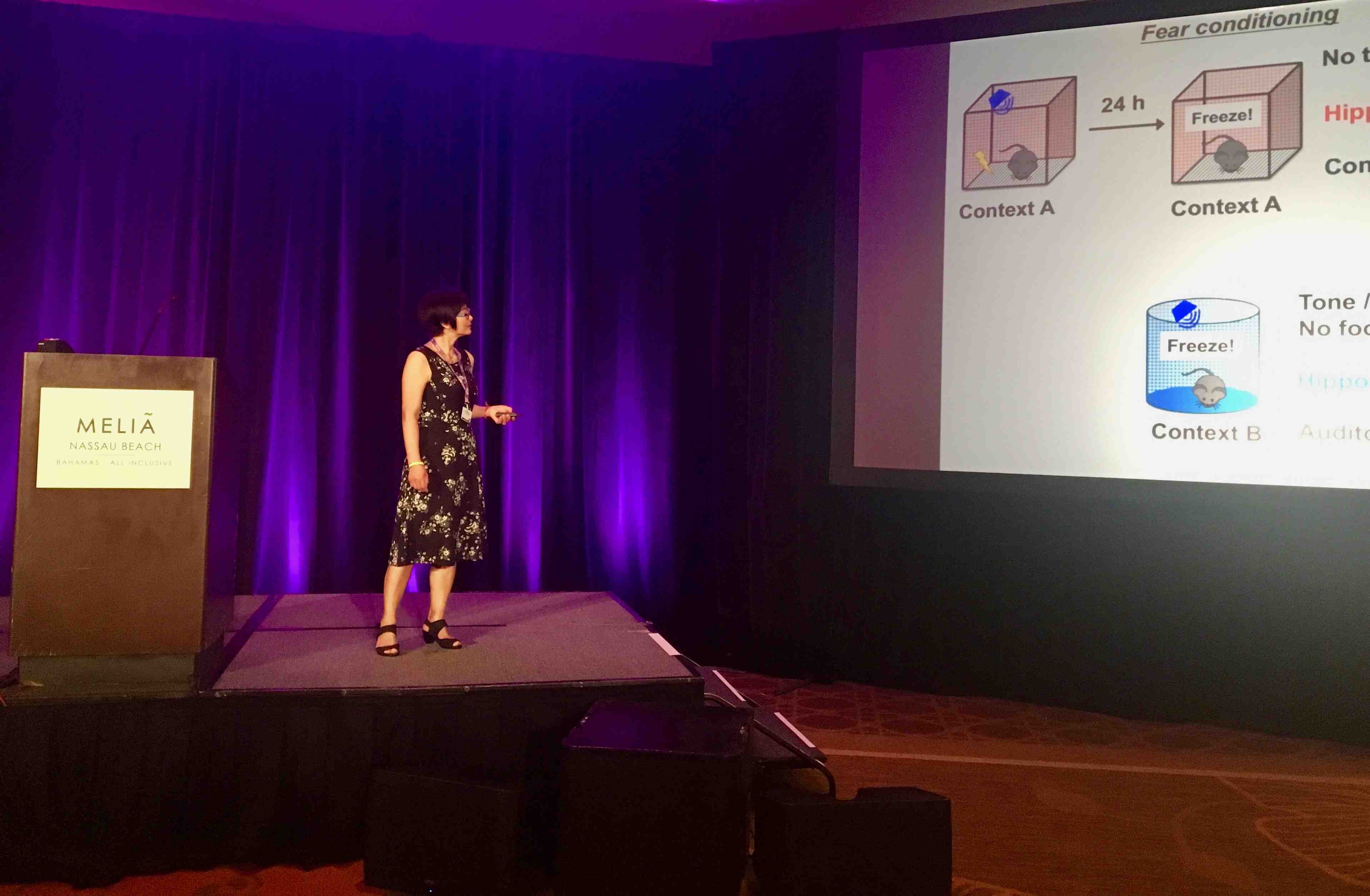 Xia, who considers herself a novice in the field of Alzheimer’s research, gave a talk titled “Gene and environment interaction on cognitive impairment in a mouse model of Alzheimer's Disease,” in which she presented data suggesting that exposure to lead can impair learning, memory, and olfaction in mice.

Xia works with a strain of transgenic mice that carry the ApoE4 allele which is known to increase the chances of developing what is often referred to as “non-familial” Alzheimer’s relative to people who have the more common ApoE3 allele. This type of Alzheimer’s usually develops after age 65 in humans and does not run in families to the same extent as early-onset Alzheimer’s, which is associated with mutations in several genes.

“Having ApoE4 allele does not guarantee that you will get Alzheimer’s,” says Xia. “But it will increase the likelihood, and ApoE4 is the strongest known genetic risk factor for non-familial Alzheimer’s. That makes it a great model for studying the influence of environmental exposures on disease development.”

Xia’s lab is also investigating the role of cadmium exposure in the development of neurodegenerative disease. Her team published the first evidence of the effects of cadmium on neurological function in the January 2018 issue of Toxicological Studies. The title of their paper is “Cadmium exposure impairs cognition and olfactory memory in male C57BL/6 mice.” Xia’s graduate student, Hao Wang, was first author.