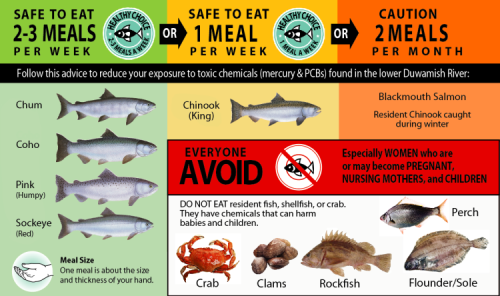 Many people who catch and consume fish from the Duwamish River are low-income recreational and/or subsistence fishers. Many are Native American or first generation immigrants and their families. There is also a tribally-managed commercial salmon fishery on the river.

The Washington Department of Health has issued an advisory against eating any resident fish or shellfish from the Lower Duwamish Waterway. In addition, there is an advisory recommending limits on consumption of salmon throughout Puget Sound, including from the Duwamish River. EPA has developed an Institutional Control Plan to educate the fishing community about the safest ways to consume seafood from the waterway.

The UW SRP managed the F.I.S.H. program, a collaboration with community organizations and public agencies on projects to advance healthy fish consumption in and around Seattle’s Duwamish River.

Past and Ongoing Projects 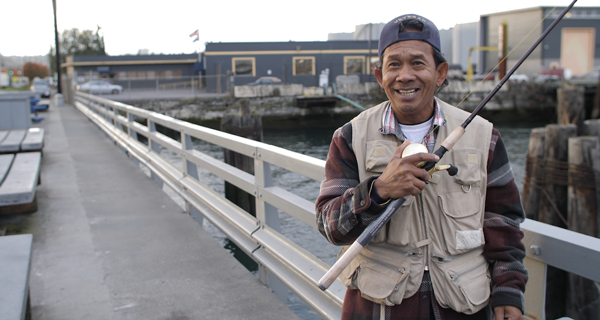 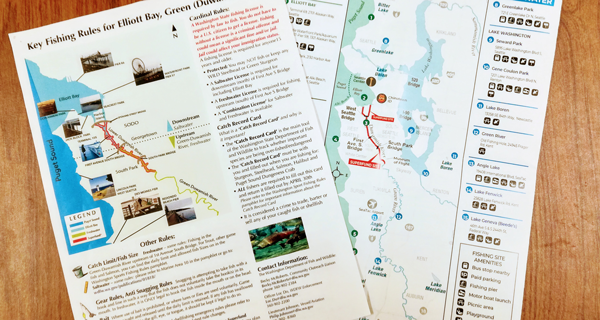 Map of fishing locations on and near the Duwamish River, with information about fishing rules in English, Spanish and Vietnamese 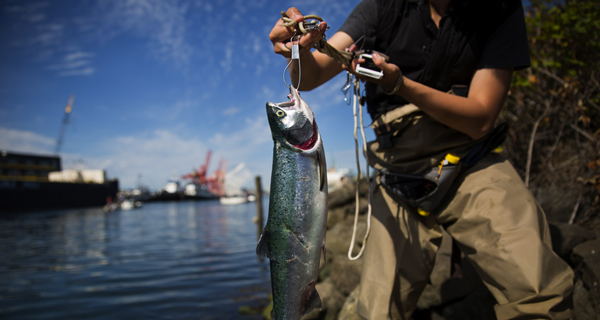 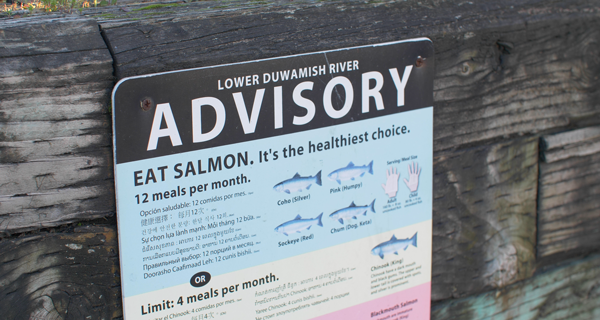 The UW SRP has been involved in many activities related to fish contaminants and fish advisories over the past two decades, including: