The Native Tradition, Environment And Community Health (TEACH) Project began in 2008 with a collaborative grant supplement funded by the National Institute for Environmental Health Sciences (NIEHS). The grant funds were shared between EDGE-- then called the Center for Ecogenetics and Environmental Health (CEEH) and the Northwest Indian College (NWIC), our partner on the project. After 2008, the work was supported by the EDGE Community Outreach and Ethics Core and the Tribal partnerships that the project helped foster. In 2013-14, a new NIEHS collaborative grant supplement was awarded to EDGE, in partnership with the University of Arizona Southwest Environmental Health Sciences Center. This Supplement grant supported conversations in tribal communities to collect American Indian environmental health stories.

The primary purpose of the original project was to identify the core concepts of Native Environmental Health Science, as distinct from the mainstream western understanding of the discipline.

If you would like to receive hard copies of any of these posters (subject to availability), please fill out the online form here. 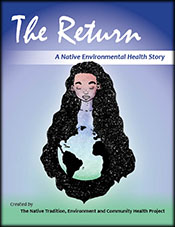 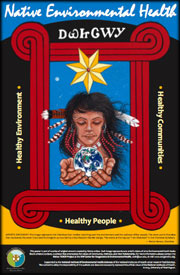 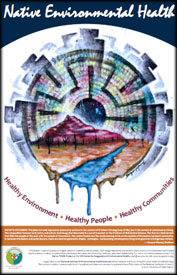 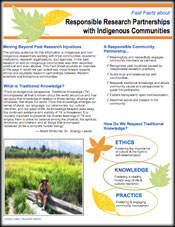 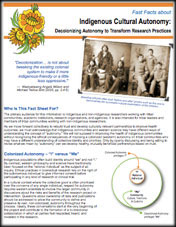 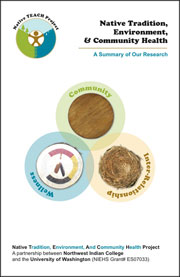 A photo-montage Version of "The Return," can be viewed below and on our Videos page

"The Return" grew out of a research project conducted by the Native Tradition, Environment And Community Health (TEACH) Partnership in Washington State. The NIEHS EDGE Center-- then called the Center for Ecogenetics and Environmental Health and Northwest Indian College (NWIC) collaborated on the project. The film presents a traditional story, read by a student from NWIC and accompanied by images taken by NWIC student interns. The research project sought to identify the core concepts of environmental health in a Native context. These three concepts are presented in the film, along with barriers to achieving health and wellness in Native communities.