Ten days after the September 11, 2001 terrorist attacks Rais Bhuiyan was shot in the face while working at his convenience store job in Dallas, Texas. In 2011 Rais launched the World Without Hate Campaign in an effort to save his shooter from death row.

Ten days after the September 11, 2001 terrorist attacks Rais Bhuiyan was shot in the face while working at his convenience store job in Dallas, Texas. 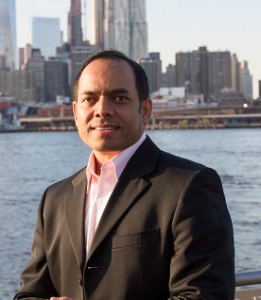 The shooter, a White Supremacist seeking revenge for the 9/11 attacks, asked where Rais was from before opening fire on him.

Bhuiyan has since recovered from his injuries, and has forgiven his attacker. Rais spent five years trying to save the life of his assailant, because he felt that executing people like him, rather than educating, would do nothing to spur change when it comes to hate crimes.

In 2011 Rais launched the World Without Hate Campaign in an effort to save his shooter from death row. While Rais was unsuccessful in saving the man's life, he was successful in opening his eyes and causing a transformation, something he hopes can spread to others who harbor hate towards others based on race, religion, gender, or sexual orientation.

Following the execution of his attacker, Rais turned World Without Hate into a non-profit to continue his work in eliminating hate and violence from the world.

We were lucky enough to have Rais Bhuiyan speak at our 2017 Worker Memorial Day Ceremony as a survivor of workplace violence. Rais spoke about his experience surviving a workplace hate crime, and stressed the importance of protecting other workers from the same fate, or worse.

Bhuiyan outlined some of the risk factors he and other workers face in high-risk workplaces, such convenience stores, including working without proper safety and security measures, working alone, working late nights, and lack of emergency training. 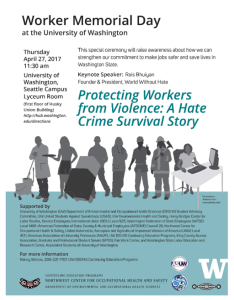 Rais shared with the crowd that according to the U.S. Bureau of Labor Statistics, approximately two million workers are injured every year, and more than 800 die as a result of violence in the workplace. He also noted that The National Institute for Occupational Safety and Health estimates the cost of workplace violence to employers is $121 billion annually.

Bhuiyan hopes through World Without Hate, and similar organizations, we can reduce the number of deaths due to workplace violence and hate crimes each year - maybe even reaching zero one day. 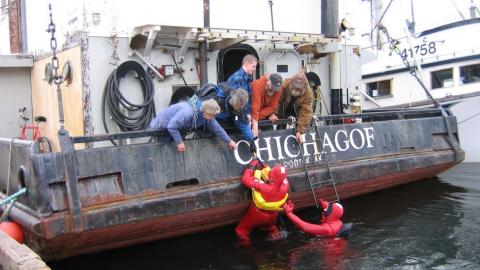 PTOP awardee researches perceived barriers to PFD use including comfort, compatibility with gear, and cultural mindset among fishermen 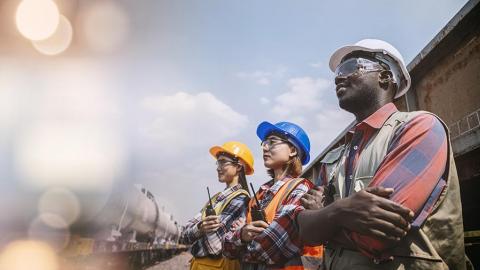 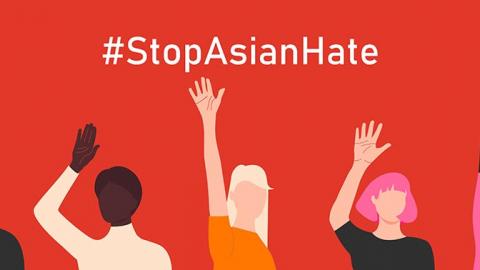 NWCOHS stands in solidarity with Asian Americans and Pacific Islanders