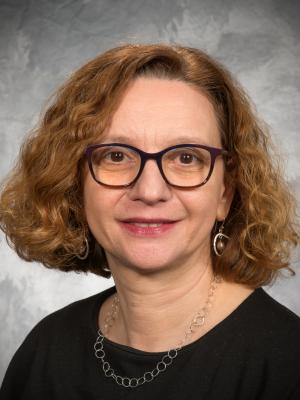 The focus of my research is the identification of novel mechanisms of glia-neuron interactions involved in brain development and neuronal plasticity. In particular, I am studying mechanisms of neurite outgrowth/dendritic arborization modulated by extracellular matrix proteins and extracellular matrix protease systems expressed and released by astrocytes. The emphasis of my studies is on mechanisms affected by ethanol and implicated in learning and behavioral abnormalities associated with in utero alcohol exposure as seen in Fetal Alcohol Spectrum Disorders (FASD) and associated with the development of psychiatric conditions later in life. We measure biochemical, morphological, epigenetic, immunocytochemical and immunohistochemical end-points. Since factors released by astrocytes affecting neuronal functions include glycoproteins and lipids (lipoproteins), our research interests extend into glycobiology and lipid research.

My main research interest is the identification of novel mechanisms of glia-neuron interactions involved in brain development and neuronal plasticity. The emphasis of my work is on mechanisms of glia-neuron interactions affected by ethanol in the developing brain (implicated in learning and cognitive abnormalities associated with in Fetal Alcohol Spectrum Disorders) and in the adult brain (implicated in the alterations of hippocampal functions observed in individuals who abuse alcohol).

Not available to mentor new PhD and Master's students in autumn 2020.

1) Effect of chronic alcohol and alcohol withdrawal on epigenetic mechanisms regulating the release of the extracellular matrix from astrocytes in the hippocampus and on depressive behavior.
2) Effects of ethanol on cholesterol homeostasis in the developing brain.
3) Effects of ethanol on sulfatases, glycosaminoglycan chains, chondroitin sulfate proteoglycans, and neuritogenesis in the developing brain