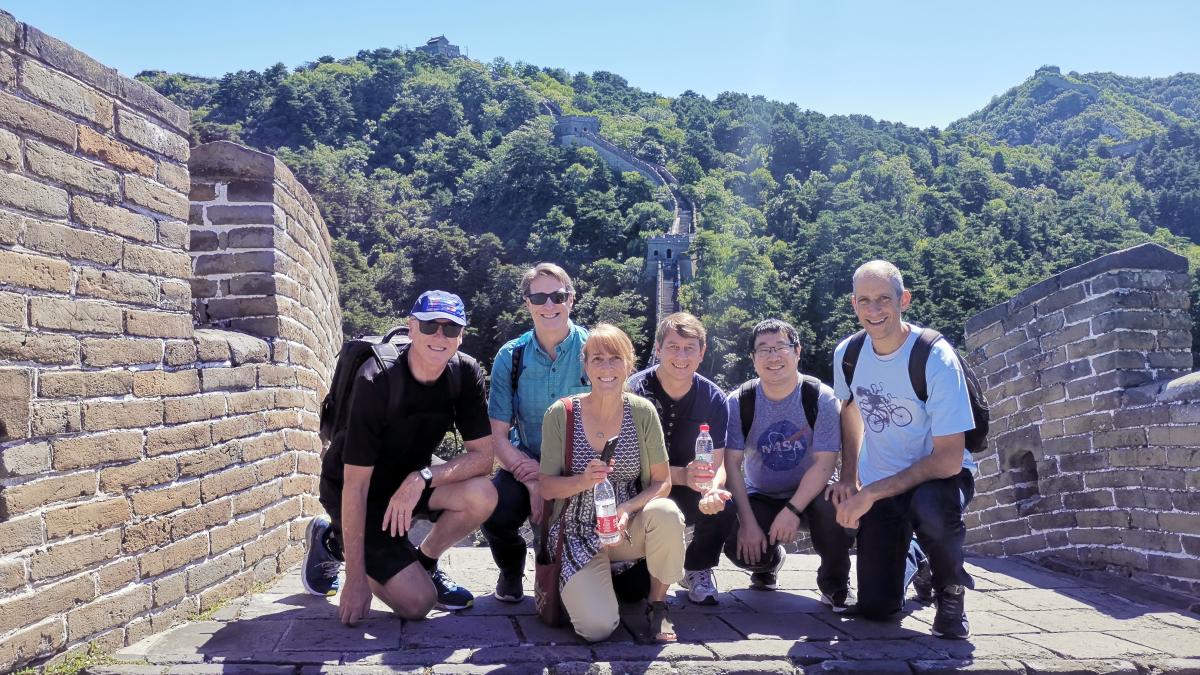 UW faculty at the Great Wall following their two-day workshop with air pollution researchers at the Chinese Research Academy of Environmental Sciences. Photo: Courtesy of Vedal.

A group of air pollution researchers from the University of Washington, led by the Department of Environmental & Occupational Health Sciences (DEOHS), met with Chinese counterparts in Beijing earlier this month and returned enthusiastic about opportunities for future research collaborations.

The group, led by DEOHS Professor Emeritus Sverre Vedal, met with researchers from the Chinese Research Academy of Environmental Sciences in Beijing and other universities in China at a workshop on air pollution and environmental health.

“Our UW team came away impressed by the high level of sophistication of Chinese air pollution research capabilities,” Vedal said. “We have laid the groundwork for future research partnerships that could impact public health in both countries.”

The researchers plan to develop at least one pilot research project in China as an immediate follow-up to the workshop, Vedal said.