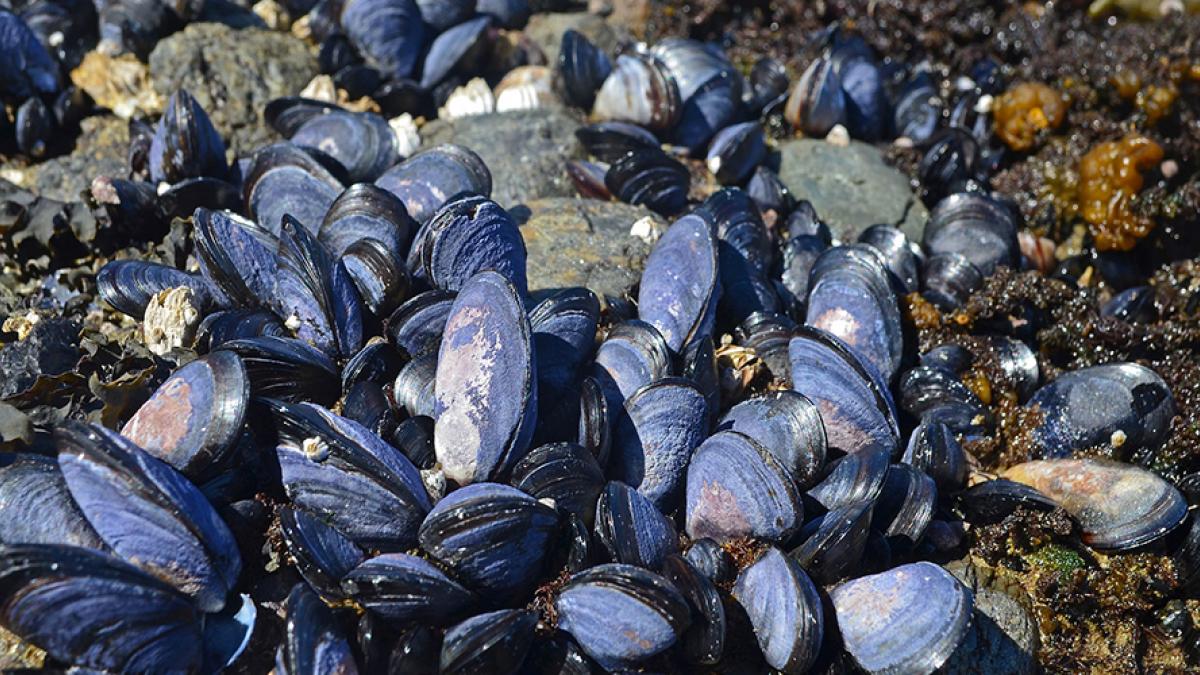 Mussels on a Washington state beach. Photo: BLM OR and WA via wikimedia commons.

A shellfish toxin that can be fatal to marine life and humans may cause neurological effects in humans even at low levels of exposure over time, according to new research led by the UW Department of Environmental & Occupational Health Sciences (DEOHS) and the Department of Pharmaceutics.

Preliminary results from the study suggest that domoic acid can pose a threat to maternal and fetal health at levels below the official government threshold when chronically consumed.

The study is being led by Pharmaceutics graduate student Sara Shum working with DEOHS Professor Thomas Burbacher and Senior Research Scientist Kimberly Grant as well as Professor Nina Isoherranen in the Department of Pharmaceutics.

Domoic acid is believed to be the culprit behind a bizarre incident that inspired one of filmmaker Alfred Hitchcock’s most terrifying thrillers.

In 1961, hundreds of disoriented birds suddenly attacked a seaside town in California near where Hitchcock had a summer residence. The birds reportedly dove into street lamps, crashed through glass windows and attacked people on the ground. The incident inspired Hitchcock’s movie “The Birds” two years later.

Recent research has shown that the birds were likely poisoned by consuming fish contaminated by domoic acid.

Washington state authorities regularly test shellfish for this biotoxin and close shellfish harvesting when levels are greater than 20 ppm.

The UW study suggests that chronic consumption of lower levels of domoic acid can be associated with subtle signs of neurological effects in pregnant women and fetuses, such as increased tremor frequency and delays in cognitive development of prenatally exposed infants.