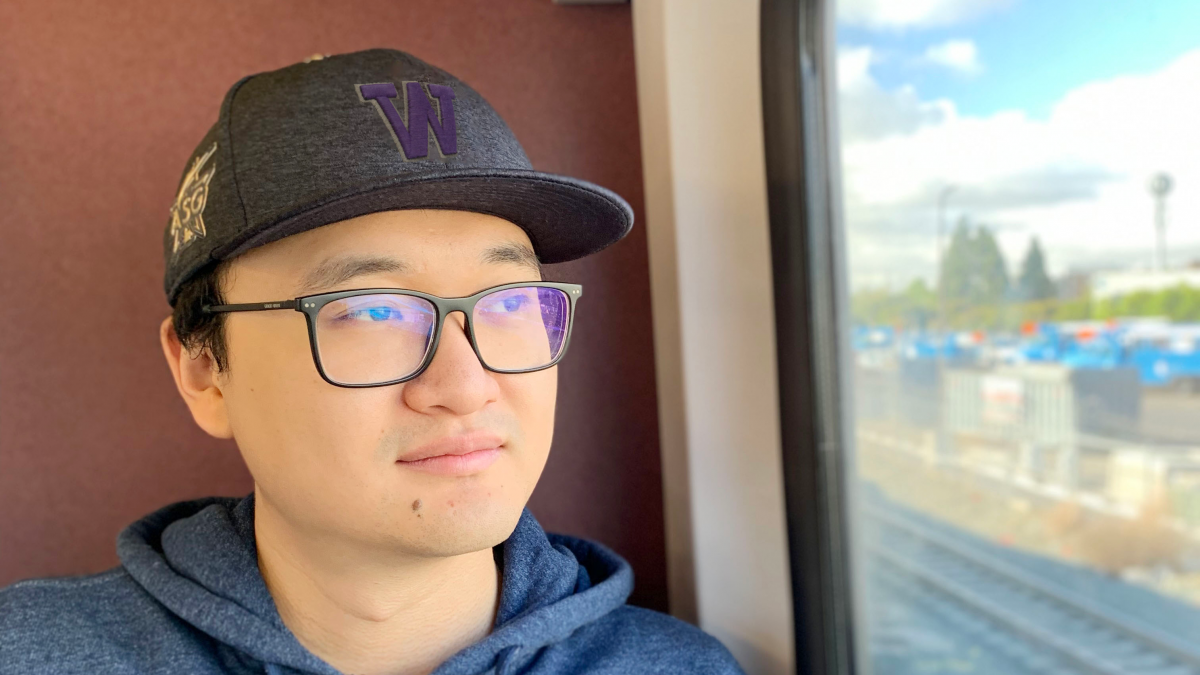 “His approach is significant because the use of satellite data can widely broaden the scope of air pollution exposure assessment at a national and even a global scale, which will ultimately benefit studies regarding the health effects of fine particulate matter,” Kaufman said.

In addition to working with Kaufman, Bi collaborates with DEOHS Professors Lianne Sheppard and Timothy Larson and Associate Professor Edmund Seto, as well as Adam Szpiro, associate professor in biostatistics, and Julian Marshall, professor in civil and environmental engineering.

We recently spoke with Bi about his postdoctoral research, moving to Seattle in the midst of an orange sky, and his favorite ways to unwind.

How did you get interested in studying environmental health and air pollution issues?

As an undergraduate, I studied satellite remote sensing, which has broad applications in climate change, ecology, hydrology and meteorology. I learned that air pollution and its associated adverse health effects have become an increasing concern in the developing world, and I was excited to use remote sensing to characterize this pollution from an unprecedented perspective (from space!).

This motivated me to focus on environmental health for my graduate studies. I’m in a fascinating interdisciplinary field combining remote sensing, environmental science and health sciences.

Tell me about your postdoctoral research.

Interestingly, I started my postdoc in DEOHS last August, when wildfire smoke turned the sky in Seattle orange. Unfortunately, this kind of heavy pollution is becoming the new normal in many parts of the world. That is why air-pollution-related research has become increasingly critical.

I am currently focusing on different ways to assess people’s exposure to fine particulate matter (PM2.5) and other traffic-related pollutants such as nitrogen dioxide and carbon monoxide. I am also investigating how exposure to air pollution can affect different types of disease endpoints, such as cardiovascular and respiratory disease outcomes, in both the long and short term.

I am very grateful that my advisors, team members and colleagues at UW have strongly supported my postdoctoral research and generously provided me valuable training and resources, especially during the past challenging year of working from home.

How do you characterize air pollution using remote sensing?

We can use satellite instruments to “see” how air pollution plumes grow and what regions have been affected by the plumes. The air pollutants that can be “observed” by satellites include aerosols (particulate matter), ozone (often called smog), nitrogen dioxide (highly related to traffic sources) and some greenhouse gases.

We can then use those measurements to derive the air pollution we are exposed to at the ground level. It is a fascinating and novel tool.

You are also working with low-cost air quality sensors. Tell me more about that.

Low-cost sensors could be revolutionary for air pollution research. These sensors are inexpensive and can be deployed by ordinary people. So we can have a very dense, wide-ranging, low-cost sensor network to capture the distribution of air pollution. In contrast, traditional (and expensive) monitors are relatively sparsely distributed.

More important, researchers have applied these sensors in personal exposure settings. For example, we can use wearable sensors to measure the air pollution around us and more accurately estimate how much of it we are exposed to every day.

A good example of a low-cost sensor network is PurpleAir, whose measurements are publicly available. We have conducted several projects to assess its value in characterizing air pollution.

I was recently looking at the PurpleAir map across Washington, and you can really see the impact of the wildfire smoke this summer. What can you learn with the data?

The dense sensor network provides an unprecedented depiction of air pollution in both outdoor and indoor environments. We recently published a study on people’s outdoor exposure to PM2.5, and another on indoor exposure, based on PurpleAir. We also have some ongoing studies using PurpleAir sensors to better infer air pollution in Puget Sound.

Such low-cost air quality sensors are also promising for tracking wildfire smoke because of their high densities, which bring them closer to wildfire sources than traditional monitors.

They can reflect smoke plumes with greater detail and help us better estimate how much wildfire-related pollution people in different places are exposed to. This can help improve our understanding of how wildfire smoke adversely affects our health.

What do you like to do in your free time?

I really enjoy photography, playing ukulele and hiking. I love living in Seattle. There is always spectacular scenery within just an hour’s drive from the city!