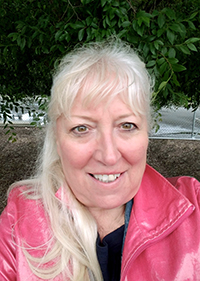 Gender discrimination is, quite literally, a matter of life or death for women working in trade professions.

For women electricians, laborers, carpenters and other tradeswomen, the #MeToo movement is creating new opportunities to speak up about harassment and bias they face that can lead to on-the-job injuries and illnesses.

“The MeToo phenomenon has forever changed the building trades, and more women are coming forward to tell their stories,” said Alice Lockridge, a board member for Washington Women in Trades. “Now women can support each other and tell their own stories. Now is the time to stand up and speak out, even if your voice is shaky.”

Lockridge will be among the featured speakers at the Worker Memorial Day event April 25 on the University of Washington campus, with the theme of “Raising the Bar: Worker Rights, Safety and #MeToo Awareness.”

The event will honor the 65 Washington workers who lost their lives on the job in 2017, including 12 in King County. They included loggers, machinists, plant operators and forklift and truck drivers.

For 40 years, Lockridge has led her own #MeToo movement for women working in skilled trades.

After earning her master’s degree from the UW’s exercise science program, Lockridge began a career as a fitness trainer and advocate for women working in physically demanding, nontraditional careers.

She spent 29 years at Seattle City Light recruiting workers and designing job-related fitness programs for high-voltage electricians. She successfully advocated for changes to a boot camp-style pre-apprentice training program to focus more on job tasks and overall safety and developed a training curriculum that included tools for workers to address workplace discrimination and unsafe training and work practices.

Growing up on a family farm, Lockridge said everyone did the jobs they were physically capable of doing, regardless of gender. She never experienced gender discrimination until leaving her tiny hometown to go to college.

“My core—my dinosaur brain that was formatted early in life—says everyone has a unique set of capabilities, not determined by gender,” Lockridge said. “Anyone who can and wants to work should have an equal opportunity to get and keep these jobs.”

The power of mentorship

Lockridge served as an adviser to a DEOHS study on safety and health empowerment for women in trades, which found that tradeswomen face sexual discrimination so pervasive that their gender alone creates a significant workplace risk.

The study led to a pilot mentorship program to support tradeswomen in pushing back against harassment and advocating for safer worksites.

“A mentorship program helps because it gives women permission to seek support and experienced workers the ability to reach out and help,” Lockridge said.

Lockridge recently retired from Seattle City Light and continues to advocate for women in trades. She created a project called Rosie’s Closet, a donation center where women new to the trades can get used work clothes and other job tools for free. She is also the recruiter for a project building tiny houses for homeless women in Seattle in partnership with the Low Income Housing Institute.

Lockridge is an optimist about the cultural shifts under way that are encouraging more women to confront gender discrimination. “I am a doer and positive thinker,” she said. “Give me a crack in the door, and I work to bust it open.”