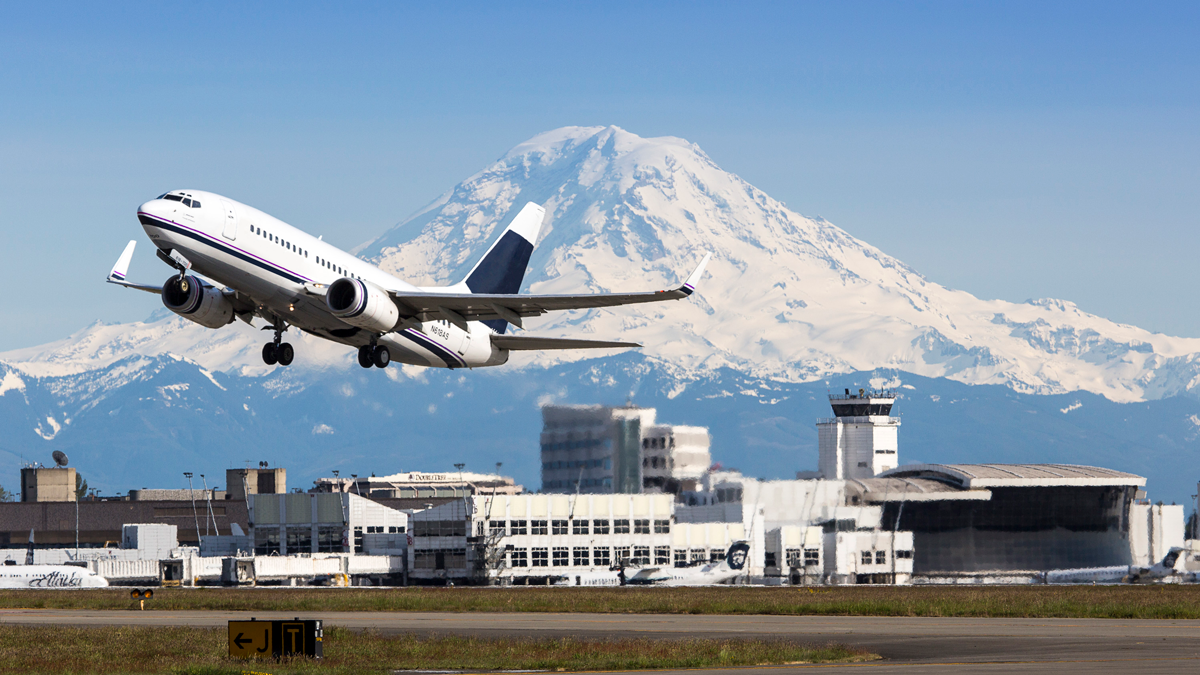 Communities around Sea-Tac Airport are exposed to a unique mix of air pollution associated with aircraft, new UW study finds

DEOHS researchers found key differences in the size and mixture of pollution particles emitted by jets and vehicles, allowing them to map each type of emission mixture to show its geographic footprint around Sea-Tac Airport.

Communities underneath and downwind of jets landing at Seattle-Tacoma International Airport are exposed to a type of ultrafine particle pollution that is distinctly associated with aircraft, according to a new University of Washington study that is the first to identify the unique "signature" of aircraft emissions in Washington state.

They then developed a new method to distinguish between pollution from jet traffic and pollution from other sources such as roadway traffic and mapped each type of emission mixture to show its specific geographic footprint around the airport.

Ultrafine pollution particles are emitted from both sources, but the research team found key differences in the particle size and mixture of particles they emit.

The finding comes from the two-year Mobile ObserVations of Ultrafine Particles (MOV-UP) study funded by the Washington State Legislature to examine the air-quality impacts of aircraft traffic on communities located within 10 miles of Sea-Tac Airport.

“We found that communities under the flight paths near the airport are exposed to higher proportions of smaller-sized, ‘ultra-ultrafine’ pollution particles and over a larger area compared to pollution particles associated with roadways,” said Edmund Seto, co-principal investigator and DEOHS associate professor.

Although this study did not consider the health effects of pollution exposure, previous studies suggest smaller pollution particles are more likely to be inhaled and to penetrate the body than larger particles. Other studies have linked exposure to ultrafine particles to breast cancer, heart disease, prostate cancer and a variety of lung conditions.

The discovery of the unique signature of aircraft pollution opens up opportunities for follow-up studies, said DEOHS Chair and Professor Michael Yost, co-investigator on the study.

“We can now study the specific health effects of aircraft-related pollution, how different neighborhoods may be affected by it and specific interventions that could reduce human exposure to these pollutants,” Yost said. “We hope to work with state and local policymakers as well as affected communities to pursue these questions.”

The research team coordinated closely with local governments, community groups and state and federal agencies throughout the two-year project, soliciting feedback on the study design, analysis and next steps. 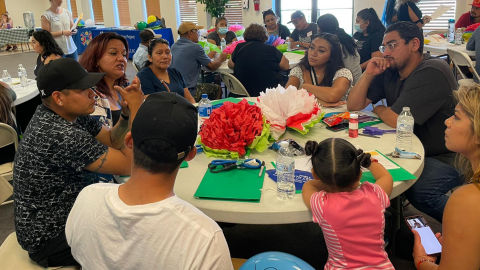